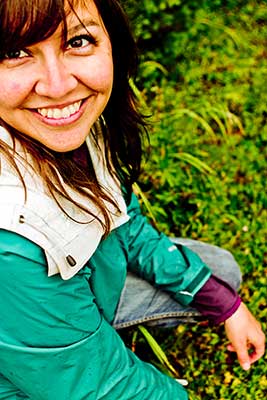 Valerie Segrest is a native nutrition educator who specializes in local and traditional foods. As an enrolled member of the Muckleshoot Indian Tribe, she serves her community as the coordinator of the Muckleshoot Food Sovereignty Project and also works as the Traditional Foods and Medicines Program Manager. In 2010, she co-authored the book Feeding the People, Feeding the Spirit: Revitalizing Northwest Coastal Indian Food Culture and in 2017 she co-authored the recipe book "Feeding Seven Generations". She was a Food and Community Kellogg Fellow at the Institute of Agriculture and Trade Policy. Valerie inspires and enlightens others about the importance of a nutrient-dense diet through a simple, common sense approach to eating. http://www.tedxrainier.com/speakers/valerie-segrest/

Plenary Talk Description: A health revolution is happening in Coast Salish territory. For nearly a decade, we have witnessed tribal communities rise up to reclaim a culture of health that is culturally appropriate and relevant. Tribal gardens are growing, sustainable food systems are being strategized, trauma informed food policy is being upheld, and counter-marketing health promotion curriculum is rippling throughout the region. While colonization has disrupted traditional food and health systems, modern day tribal communities are taking necessary and calculated actions with one clear message, "Our food is our medicine. Our traditional food culture matters." Ms. Segrest will discuss these efforts and some of the work she has developed with the intention to catalyze change as health educator, a plant worshiper and a community driven activist representing the Pacific Northwest Region. 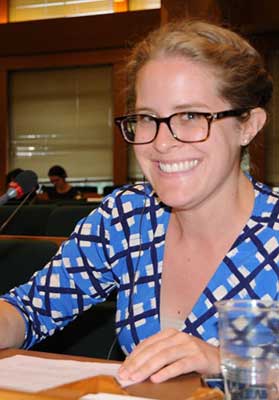 Katlyn Scholl is a Foreign Affairs Office in the U.S. Department of State’s Office of Conservation and Water. Her portfolio includes issues related to the conservation of genetic resources for food and agriculture, and she serves as the U.S. National Focal Point for the FAO International Treaty on Plant Genetic Resources for Food and Agriculture. Ms. Scholl has a Masters in international science and technology policy from the George Washington University’s Elliott School of International Affairs. She completed her undergraduate studies at the University of Florida, earning degrees in anthropology and art history.

Plenary Talk Title: International Frameworks for Germplasm Exchange: An Introduction to the International Treaty on Plant Genetic Resources for Food and Agriculture

Plenary Talk Description: In March 2017, the United States became the 143rd country to join the International Treaty on Plant Genetic Resources for Food and Agriculture. This talk will provide an overview of the Treaty, U.S. engagement, and how international agreements may affect germplasm collection, exchange, and research. 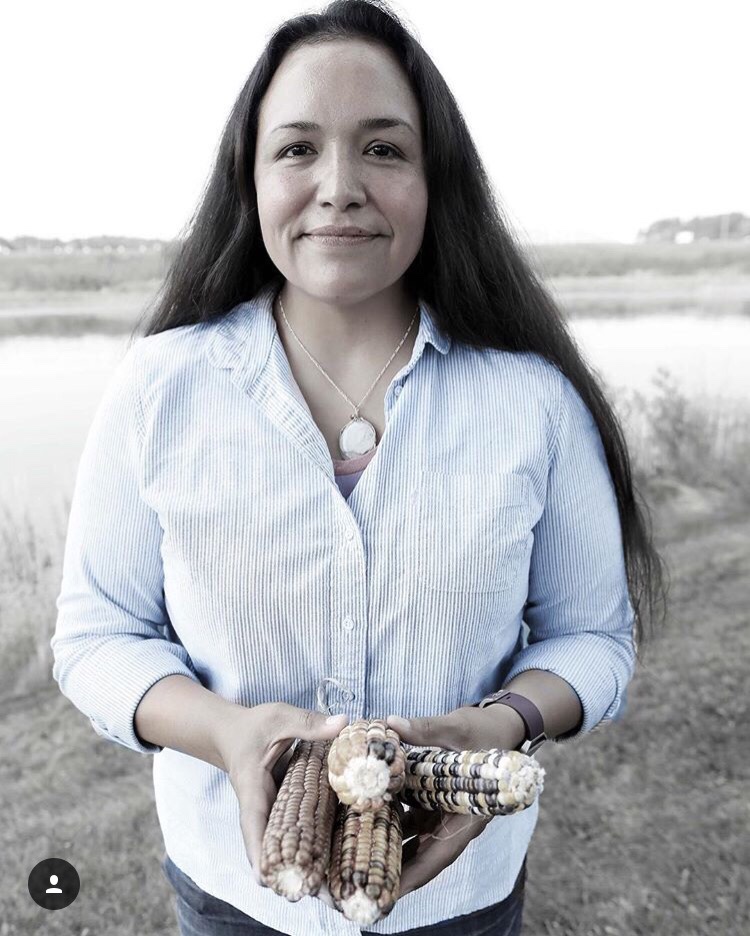 Jessika Greendeer is the agricultural division manager for the Ho-Chunk Nation. She is responsible for managing agricultural lands, protecting her traditional foods and carrying out her vision of feeding her people. Jessika is a US Army veteran, who completed a Veteran-to-Farmer training program in Pennsylvania with Delaware Valley University and the Rodale Institute. She has brought her knowledge of organic farming back to her community by growing out ancestral landrace varieties and market vegetables within the Ho-Chunk Nation community gardens during the 2017 growing season. 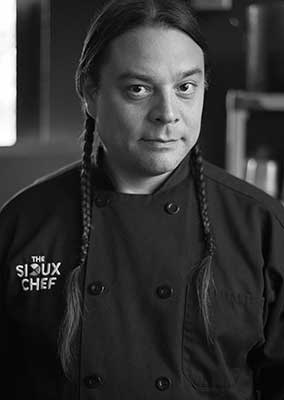 Sean Sherman speaks about his research, work, and philosophy surrounding Indigenous Food-Ways Knowledge and the impact that can be done by centering a focus around food. He also share his replicable vision for rebuilding community health, and cultural integrity within indigenous communities and bringing back an understanding of Native Agriculture, Wild Plant Knowledge, Cooking Technique, Food Preservation, and History. In October 2017, Sean was able to perform the first decolonized dinner at the James Beard House in Manhattan along with his team. His first book, The Sioux Chef’s Indigenous Kitchen was recently published and was recently nominated for James Beard Award and chosen one of the top ten cookbooks of 2017 by NPR, The LA Times, Smithsonian Magazine and more. The Sioux Chef team continues with their mission to help educate and make indigenous foods more accessible to as many indigenous communities as possible.

Plenary Talk Description: Chef Sean Sherman, Oglala Lakota, born in Pine Ridge, SD, has been cooking across the US and Mexico over the past 30 years, and has become renowned nationally and internationally in the culinary movement of indigenous foods. His main focus has been on the revitalization and evolution of indigenous foods systems throughout North America. Chef Sean has studied on his own extensively to determine the foundations of these food systems to gain a full understanding of bringing back a sense of Native American cuisine to today’s world. In 2014, he opened the business titled, The Sioux Chef as a caterer and food educator in the Minneapolis/Saint Paul area. He and his business partner Dana Thompson also designed and opened the Tatanka Truck, which featured pre-contact foods of the Dakota and Minnesota territories. 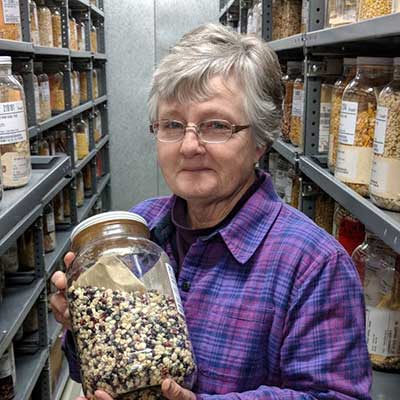 Candice Gardner is the Research Leader with the USDA-ARS Plant Introduction Research Unit in Ames, IA. The genebank is known as the North Central Regional Plant Introduction Station. Her research concerns primarily maize and the use of exotic, unadapted maize genetic resources to improve temperate-adapted maize, and methods to better conserve plant genetic resources and maintain their viability long term. Dr. Gardner has a Ph.D. in Corn Breeding and a M.S. in Plant Pathology from the University of Missouri, and completed her undergraduate studies at Iowa State University, earning a degree in Bacteriology. She spent 17 years in the private sector prior to joining USDA-ARS in 1999.

Plenary Talk Description: Maize is now considered the world’s number one crop in terms of production, calories consumed in human and animal diets, and farm gate value. This talk will provide an overview of the development of the U.S. National Plant Germplasm System’s collection of maize genetic resources, some benefits derived from its utilization, both past and present, and the possibilities offered by newer technologies to realize the potential offered by the collection.