This page is a collection of materials consolidated by members of the Society of Ethnobiology with the purpose of sharing ideas for moving toward an ethnobiology which prioritizes (1) power equity, (2) receptiveness to diverse ways of knowing, and (3) social justice.

Many of the contributors are active in social justice and environmental work and are dedicated to unravelling the colonial nature of "doing" work/research in settler nations and Indigenous communities. As a disicipline, ethnobiology is not without it's own history of transcolonial legacies. As noted by one of our Distinguished Ethnobiologists, Gary Nabhan: "We would be remiss to ignore the blatantly colonial or imperialistic tone of some early ethnobotanical studies. They were explicitly undertaken to either a) learn what value could be extracted from another culture's natural resource base as crops, or b) learn how immigrants could take cues from native residents on how to make a living on their shared home ground, even as some of those immigrants usurped water and harvested native plants and wildlife from the homelands of the people that they were studying."

Our purpose here is to reduce any erasure of our colonial past while engaging with the tools and methods in relationship-building and decolonizing academia. Please send any questions/comments and resource suggestions to socialmedia@ethnobiology.org 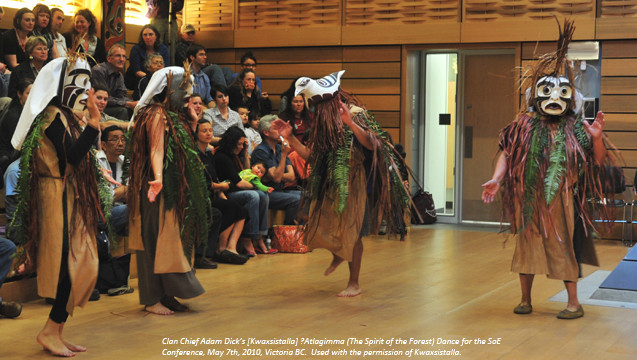 "Intended as a senior undergraduate and graduate text, Research As Resistance brings together the theory and practice of critical, Indigenous, and anti-oppressive approaches to social science research. The book pursues some of the ontological and epistemological considerations involved in such research, including theorizing the self of the researcher and offers exemplars across a range of methodologies, including institutional ethnography, narrative autobiography, storytelling, and participatory action research. This is a unique text in that it describes both theoretical foundations and practical applications, and because all of the featured researchers occupy marginalized locations. It is also firmly anchored in the Canadian context.​​​​​​

Beginning with an examination of the hidden assumptions of modern general theory, Southern Theory looks to the 'southern' social experience and the theories that have emerged from Australia, Indigenous peoples, Latin America, India, Africa, Islam and other post-colonial societies, as sources of important and vital contributions to world social science. These myriad theories offer valuable perspectives so crucial to the application of social theory in the contemporary world, having the power to transform the influence of the metropolitan hegemony on social thought by mutual regard and interaction.

Southern Theory is a major new work in social theory, drawing on anthropology, history, psychology, philosophy, economics and cultural studies, with wide-ranging implications for the social sciences in the 21st century.

​​​​​​​"Responding to increased emphasis in the classroom and the field on exposing students to diverse epistemologies, methods, and methodologies, Bagele Chilisa has written the first textbook that situates research in a larger, historical, cultural, and global context. With case studies from around the world, the book demonstrates the specific methodologies that are commensurate with the transformative paradigm of research and the historical and cultural traditions of third-world and indigenous peoples."

"To the colonized, the term 'research' is conflated with European colonialism; the ways in which academic research has been implicated in the throes of imperialism remains a painful memory. This essential volume explores intersections of imperialism and research - specifically, the ways in which imperialism is embedded in disciplines of knowledge and tradition as 'regimes of truth.' Concepts such as 'discovery' and 'claiming' are discussed and an argument presented that the decolonization of research methods will help to reclaim control over indigenous ways of knowing and being."

Distributed by the University of Nebraska Press for the Salish Kootenai College Press Lori Lambert (Mi'kmaq/Abenaki) examines the problems that researchers encounter when adjusting research methodologies in the behavioral sciences to Native values and tribal community life. In addition to surveying the literature with an emphasis on Native authors, she has also interviewed a sampling of indigenous people in Australia, northern Canada, and Montana's Flathead Indian Reservation.

​​​​​​​In the first book ever published on Indigenous quantitative methodologies, Maggie Walter and Chris Andersen open up a major new approach to research across the disciplines and applied fields. While qualitative methods have been rigorously critiqued and reformulated, the population statistics relied on by virtually all research on Indigenous peoples continue to be taken for granted as straightforward, transparent numbers. This book dismantles that persistent positivism with a forceful critique, then fills the void with a new paradigm for Indigenous quantitative methods, using concrete examples of research projects from First World Indigenous peoples in the United States, Australia, and Canada. Concise and accessible, it is an ideal supplementary text as well as a core component of the methodological toolkit for anyone conducting Indigenous research or using Indigenous population statistics

"​​​​​​​Indigenous researchers are knowledge seekers who work to progress Indigenous ways of being, knowing and doing in a modern and constantly evolving context. This book describes a research paradigm shared by Indigenous scholars in Canada and Australia, and demonstrates how this paradigm can be put into practice.

Relationships don't just shape Indigenous reality, they are our reality. Indigenous researchers develop relationships with ideas in order to achieve enlightenment in the ceremony that is Indigenous research. Indigenous research is the ceremony of maintaining accountability to these relationships. For researchers to be accountable to all our relations, we must make careful choices in our selection of topics, methods of data collection, forms of analysis and finally in the way we present information. I&;m an Opaskwayak Cree from northern Manitoba currently living in the Northern Rivers area of New South Wales, Australia. I&;m also a father of three boys, a researcher, son, uncle, teacher, world traveler, knowledge keeper and knowledge seeker. As an educated Indian, I've spent much of my life straddling the Indigenous and academic worlds. Most of my time these days is spent teaching other Indigenous knowledge seekers (and my kids) how to accomplish this balancing act while still keeping both feet on the ground."