The author is teaching Anthropology and Methodology at Champlain Regional College in St-Lambert in Quebec. She also has an affiliation to the Department of Sociology and Anthropology at Concordia University. She has done research with and about the First Nations and Inuit of Canada, as well as, the Sámi people in Sweden and Norway. Her research focuses on identity, gender, health, illness, and subsistence practices. She can be contacted at ebbaolofsson300@gmail.comor through ResearchGate and Linkedin. 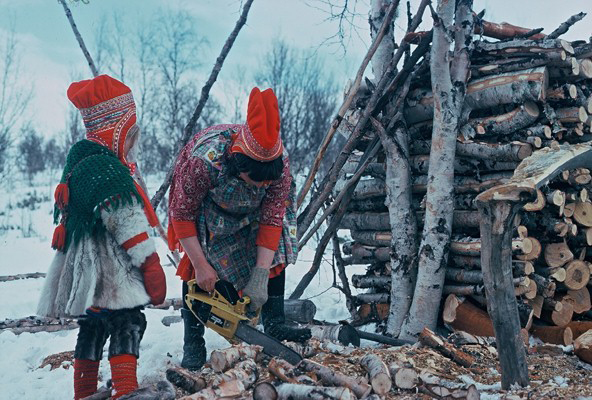 As a Ph.D. student, I did research among the Sámi1 in Sweden, my focus was ethnic identity for persons with one Sámi parent and one Swedish parent (or other European ethnicity). Later in life, I have often taught about the Sámi in my Anthropology classes here in Canada. I used to show the documentary “Sami Herder” (1974) by the director Schuurman. In that film we get to know a Sámi reindeer herding family in Norway. We learn that the boy wants to be a reindeer herder when he grows up and the girl wants to marry a reindeer herder when she grows up. Watching that film many times, I started asking myself: how come the girl can’t become a reindeer herder herself - instead of her identity as a reindeer herding Sámi is linked to her future husband? I was also curious if that situation was a result of colonization of the Sámi or if it had always been like that.

For those of you who don’t know the Sámi people, I would like to start with a short description of their way of living. The Sámi live in four different nations-states: Norway, Sweden, Finland, and Kola Peninsula of Russia. The geographical area that is considered to be the core area of settlement of the Sámi is called Sápmi in Sámi language. The Sámi are traditionally pastoralists, herding and keeping reindeer. The reindeer are normally not kept in a corral (more than temporary at some occasions) or in a barn; instead they roam free in the forest or in the mountains. The Sámi reindeer herders move with the reindeer depending on season. In the winter session the reindeer are kept in the forest where they are sheltered from snow storms by trees; in the summer time the reindeer have the natural instinct to move to the coast or up in the mountains, away from the heat, mosquitoes and other parasites in the forest (Olofsson 1995). 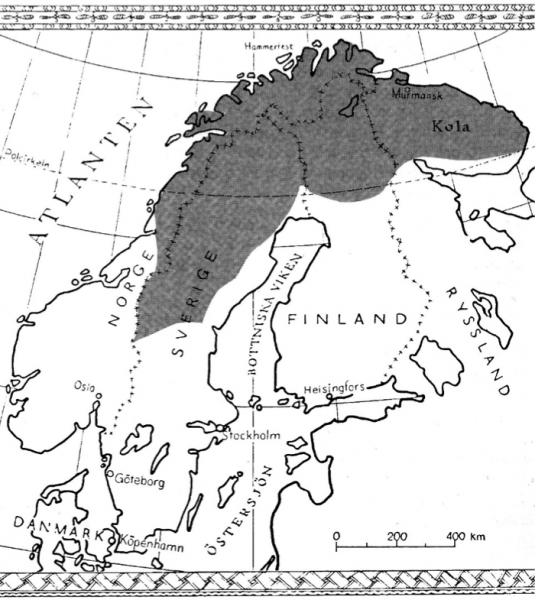 The Sámi are an Indigenous population which means that they lived in Sápmi long before the national states, Sweden, Norway, Finland, and Russia, had extended their kingdoms to that area of the world. When the kingdoms of these national states moved in to the Sámi territory, they brought many changes to the Sámi way of living. The Sámi used to have their own religion, their own traditions, and the whole family used to travel with their reindeer according to the seasons. With the colonization of the Sámi and of Sámi lands, fewer and fewer people could continue with reindeer herding. Now in modern times, the reindeer herders are a minority in the Sámi collective, however, reindeer herding is still considered typical Sámi. Reindeer herding has become a symbol of Sámi identity (Olofsson 1995).

Traditionally reindeer herding was organized in siida – families that worked together tending the reindeer. The siida consisted of siblings with their families – different constellations of brothers or/and sisters. Still today the siidais the socioeconomic unit for the reindeer herding. The Sámi traditional society (before colonization) was not an equal society – a person could own their own reindeer and there were families that were richer than other families. You also had young men working for richer reindeer owners. Men and women worked together and had different tasks in the reindeer herding (Pehrson 1964). Women in the traditional Sámi society had the right to own property and was normally in charge of the family economy. It was common for a widow to move back to her family and bring her property (Kuokkanen 2009). Thus, the women in the traditional reindeer society were not without decision power in the society. Men and women had different roles and power in different domains, complementing each other.

Inga Mari Hætta leading the reindeer, which are pulling sledges with supplies and equipment (northern Norway) in 1974. Photo: Hugh Beach. 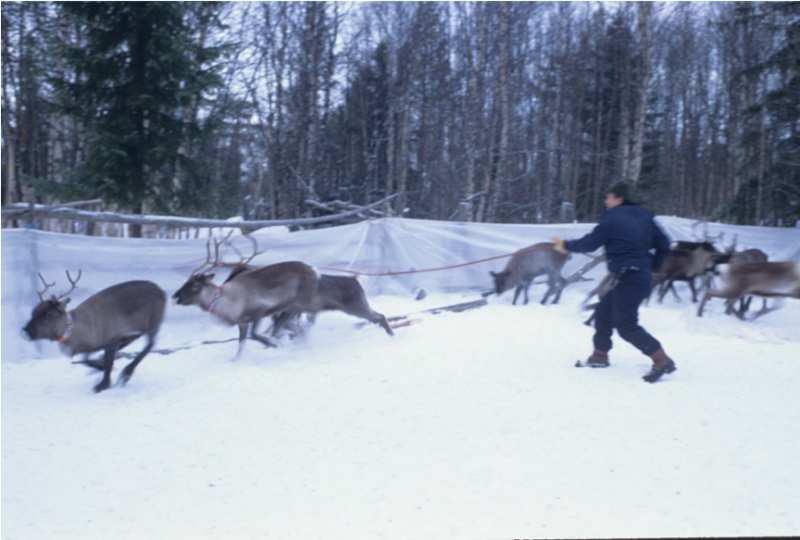 Sonja and Apmut Ivar Kuoljok are having supper in their kitchen in their winter home in Jokkmokk (northern Sweden), in 1993. Photo: Ebba Olofsson. 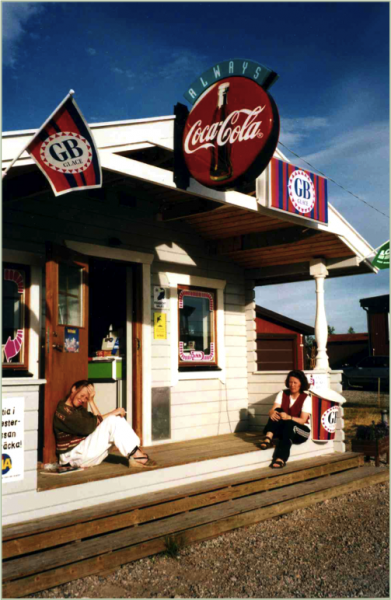 The sisters Lisbeth and Kerstin (from a reindeer herding family) are sitting on the porch of the family owned gas station in Övre Soppero (northern Sweden) in 1997. Photo: Ebba Olofsson.

Lisbeth is working with catching reindeer for marking at the summer land in northern Norway in 1997. Photo: Ebba Olofsson.

This research has been published in a more extended version as book chapter titled “Inequality in Swedish Legislation of Sámi Reindeer Herding” in Global Currents in Gender and Feminisms: Canadian and International Perspectives published by Emerald Publishing. You can contact me on my email if you would like to read the full text and I can email it to you. You can also suggest to your university library to buy the book.

I am grateful to the editors of the Forage Blog; Kali Wade and Megan Mucioki, for being so positive and encouraging me to write this blog. I also would like to thank Hugh Beach, Lisbeth, Kerstin, Ellen Inga Kristine Haetta, as well as, Apmut Ivar and Sonja Kuoljok for teaching me about reindeer herding and letting me use photos taken by them or of them.

1The Sámi has been called Lapps which is a derogatory term and no longer in use. In English the name Sámi has been spelled in different ways – Sámi, Sami, Saami, and sometimes Saamis in plural –the same with the word sameby.

…., (2000) The Sámi. In Endangered Peoples of the Arctic: Struggles to Survive and Thrive. Milton Freeman (Ed.) Westport, Connecticut and London: Greenwood Press

…..(2004) (2004) In Search of a Fulfilling Identity in a Modern World: Narratives of Indigenous Identities in Sweden and Canada. Published in the DICA Series (Dissertations in Cultural Anthropology), Uppsala University.