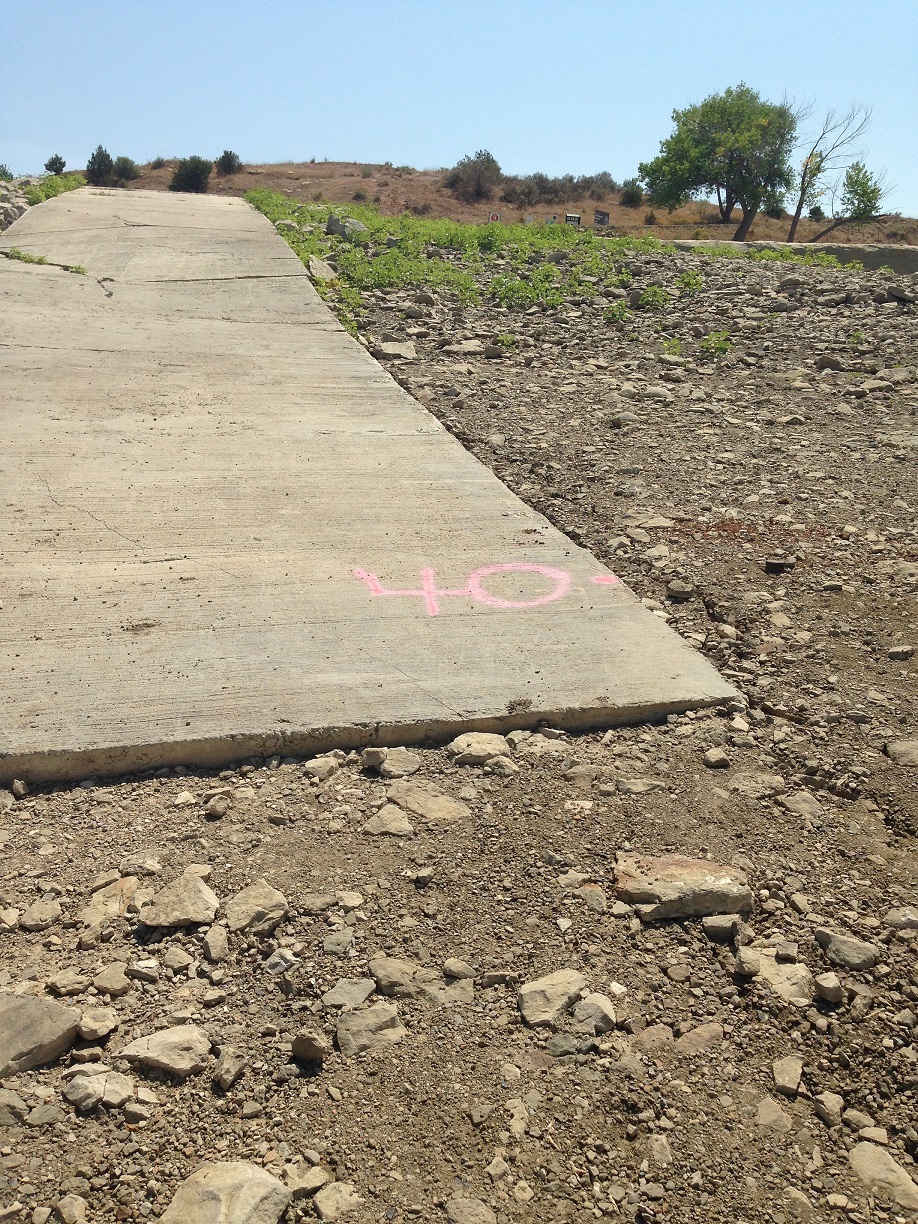 In the early summer of 2018, I casually asked Robby Henes[1], Vice President of Southwest Seed, Inc., how seed sales were going, specifically with regards to seed mixes for mitigating public lands after wildfires began sweeping through southwestern Colorado that summer.

Her answer stunned me: “We’re selling some mixes for rehabilitating after fires, but we’ve also seen a spike in sales of irrigated pasture and turf [lawn] seed.” People were spending upwards of $1,000 on seed to establish lawn and pastures that require intensive irrigation[2] in the first year - in the midst of extreme drought conditions. 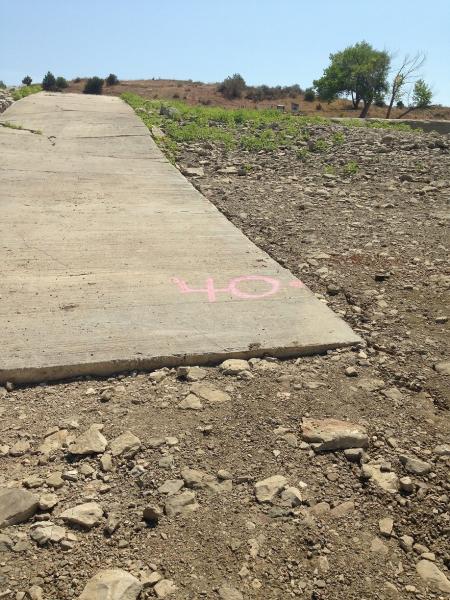 Figure 1a and 1b: Detail and panoramic photos of Narraguinnep Reservoir, a reservoir for irrigation water for Montezuma Valley Irrigation Company. Note that the boat ramp doesn’t even reach the water in August 2018. Photo credit: Shawn K. Collins

2017 started as a dry year, with little snowpack in the high country, but after a “miracle May,” regional precipitation levels caught up, creating a “good year” for sowing and growing crops in southwestern Colorado. In 2018, after a winter of low snowfall levels, local farmers and ranchers headed into the growing season with delayed irrigation releases and caps on irrigation usage. Even with low water availability, drought conditions, and no end for either in sight, some property owners not only persisted in keeping their farms and ranches going, but sought to increase the water-dependent grass on their acreage.

It apparently wasn’t until June, as smoke plumes from significant wildfires rose prominently over the La Plata Mountains east of Montezuma County, that the seriousness of the situation set in. After the fires started, locals started thinking about the consequences of long-term drought and lack of water. 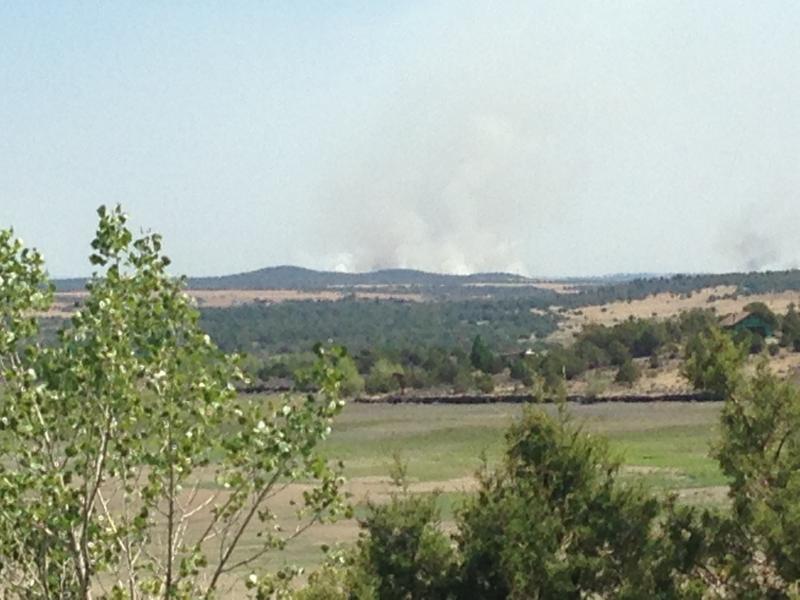 So I asked Robby what she thought drove this kind of decision-making. She introduced me to the Hydro-Illogic Cycle.

Briefly, Wilhite’s[6]Hydro-Illogic model looks at humans and the ways that they react (or failure to react) in a timely and appropriate manner to long-term climatic patterns like drought. The model suggests that while drought conditions can lead to awareness, concern, and ultimately, panic, some amount of precipitation assuages the fear, arguably disproportionately, and leads to apathy. This is an unfortunate pattern that Wilhite and others identified as early as the 1980s[7]: a long-term climatic pattern (drought) is conflated with a short-term weather pattern (precipitation) in the minds of people interacting with and within those conditions. In this way, human behavior has a delayed reaction to potentially catastrophic events. Growers and policy makers alike become entrenched in the hydro-illogic cycle.

Robby, as it turns out, has experience with farmers far afield from those here in southwestern Colorado. She was part of the Peace Corps in the mid-1980s, when she traveled to Sierra Leone to work with farmers to re-introduce swamp rice. She recalls that after the “Green Revolution” of the 1960s, swamp rice fell out of favor with the farmers, who decreased available upland agricultural areas--those that had traditionally been used for swamp rice--to cash crops like coffee and cacao. With less subsistence farming, the economy became imbalanced, and she observed that “people lived at the daily level” in Sierra Leone in the ‘80s; the attempt to transition back to a swamp rice economy appeared prohibitive to those people whose daily lives were affected by the crops that they were growing, and because of the myriad of variables involved in switching back, farmers were reluctant to buy in. They kept hoping that things would go back to the way they were, or would at least stabilize.

Robby’s experience in Africa in the 1980s resonates with conversations that I had with Guatemalan farmers in the early 2000s, who recognized that cash cropping has replaced their subsistence farming practices, and that buying GMO and patent-protected seed, fertilizer to nourish nutrient-hungry crops, and the market economy had had negative consequences. Several commented that they had to send their children into the city to get jobs to send money home; families were concerned that the children would not be able to return home to continue farming. Guatemalan farmers also recognized that they were between a rock and a hard place; they felt that they couldn’t afford to break the increasingly expensive cycle, but weren’t sure that they could afford to stay in it, either. And this is a pattern of concerns that is also expressed by growers in Montezuma County, Colorado. Who will carry on the tradition of farming? How can they afford to keep going?

It seems that farming practices developed and implemented beginning in the mid-1900s are experiencing a slow slide out of relevance, but Robby likens the experience to the proverbial frog in a pot of water that is being brought to a boil--it’s hard to detect when the conditions are tough, and when they’re deadly. In Montezuma County, it is no longer practical to grow alfalfa because of the amount of irrigation water required for the crop. In the early 2000s, Dolores County, directly north of Montezuma County in “dry land” farming country, experimented briefly with growing sunflowers for seed oil. The county commission candidates in 2018 debated their positions on growing industrial hemp in Montezuma County. Long-term climatic trends are not showing promise for the availability of water, and local, state, and national governments’ priorities on budget, land use, and environmental practices all factor into “living life on the daily level.”

Growers seem to be more risk averse than much of the population, and they’ve earned that right. Even right now in the mid-West, farmers struggle with being weeks behind on their planting because of spring storms, and they are trying to figure out what they can plant and when. The plight of farmers in the mid-Western United States shows that as difficult as circumstances are when the growers have some control, they have painfully little control when the climate crisis hits them in their backyard - and bank accounts.

However, Robby Henes, who is an optimist at heart, finds that some strain has a role to play in changing things, whether it’s getting the frog out of the pot, or keeping the water from boiling. Stress can lead to adaptive mechanisms, and encourages more research. She thinks that growers are resilient, and that their livelihoods will continue in some form or fashion, even if we can’t tell what that may ultimately be, whether in southwestern Colorado, the Guatemalan Highlands, or Sierra Leone.

[1]My gratitude to Robby Henes for sharing her valuable time and thoughtful comments with me.

[2]According to Montezuma Valley Irrigation Company (mvic.info/water-information), a mutual ditch company that services Montezuma County, Colorado, one share of MVI water is delivered at 5.62 gallons per minute. The minimum number of shares a voting shareholder can own is five. Many growers in the area irrigate 24 hours a day, seven days a week for about 25 weeks a year, so a small shareholder has the potential (given amount of available water and senior water rights elsewhere) of putting 1,225,000 gallons (or the volume of about two Olympic sized swimming pools) onto their fields during the year.

[5] On Tuesday, July 2, an attorney for the United States announced its lawsuit (https://www.justice.gov/usao-co/pr/united-states-sues-railroad-recover-millions-damages-caused-416-fire-near-durango) against the Durango & Silverton Narrow Gauge Railroad, a tourist passenger train, for starting the 416 Fire by operating its coal-fired steam engines in spite of the dangerously dry conditions. D&SNGRR has diesel engines in its fleet that it chose not to run for economic reasons.