“…When all is already withered
My little babies:
"Bread! Bread!" They cry to me
Just you [weedy field mustard], with your dew drops
clean the little faces of my babes
With your little green leaves,
Kindly you give us food…”
- Passage from Chawiyuyu Mama by Peruvian poet Ch’aska Anka Ninawaman in Poesía en quechua: chaskaschay. 2004. Abya-Yala. Passage translated from Spanish by Alex McAlvay

The Ecological Knowledge Research Fellowship allowed me to return to Mexico in Summer 2016 to continue my research on the adoption of introduced weedy field mustard (Brassica rapa L.) by farmers in Mexico and field mustard's adaptation to newly encountered human preferences and agroecosystems in Mexico. Through the fellowship, I was able to build relationships in Rarámuri, Tetjo Naa Jñatjo, and Mestizo communities and conduct 23 interviews with farmers, vendors, and other knowledge-holders surrounding use, management, and perceptions of field mustard. I was also able to collect seeds from populations of field mustard that I will compare with farmer-managed populations using genetics and growth experiments. Finally, I was given the opportunity to formally return my findings to many of the Rarámuri farmers I had interviewed in past years by volunteering at a seed-saving workshop facilitated by Robert Bye and Edelmira Linares.

While ethnobotanists are increasingly studying the uses of introduced plants, there has been less research on people encouraging and managing newly encountered plants. Encouraging exotic plants may put harvesters in conflict with government conservation organizations or large scale farmers. Management of introduced weedy plants may also result in evolutionary consequences from human selection. These cases provide a unique opportunity to investigate domestication-like processes in action, making it possible to observe the human preferences and ecological context involved. Such factors are much more difficult to characterize in domestication processes taking place thousands of years ago as in maize, rice, and wheat. 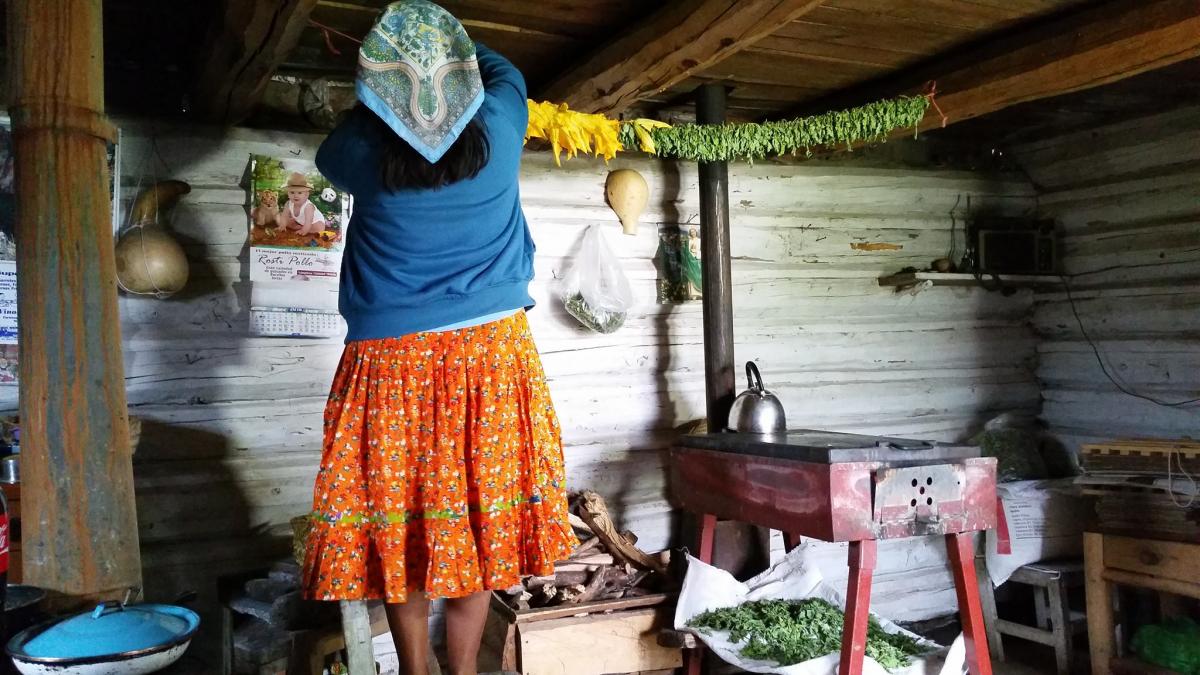 Field mustard in Mexico provides an unique opportunity to investigate both human encouragement of an introduced species and its evolutionary impacts. Field mustard is native to Eurasia, where humans bred it for different traits resulting in turnips, bok choi, rapini, napa cabbage, and oilseed crops. A weedy form of field mustard appears to have arrived in Latin America by the early 16th century, where it is now one of the most widely distributed agricultural weeds. Since its introduction, weedy field mustard has been adopted as a potherb, livestock forage, and/or medicine by over two dozen cultures from Argentina to Mexico where it is transplanted, spared from weeding, pruned, and sown to increase productivity. 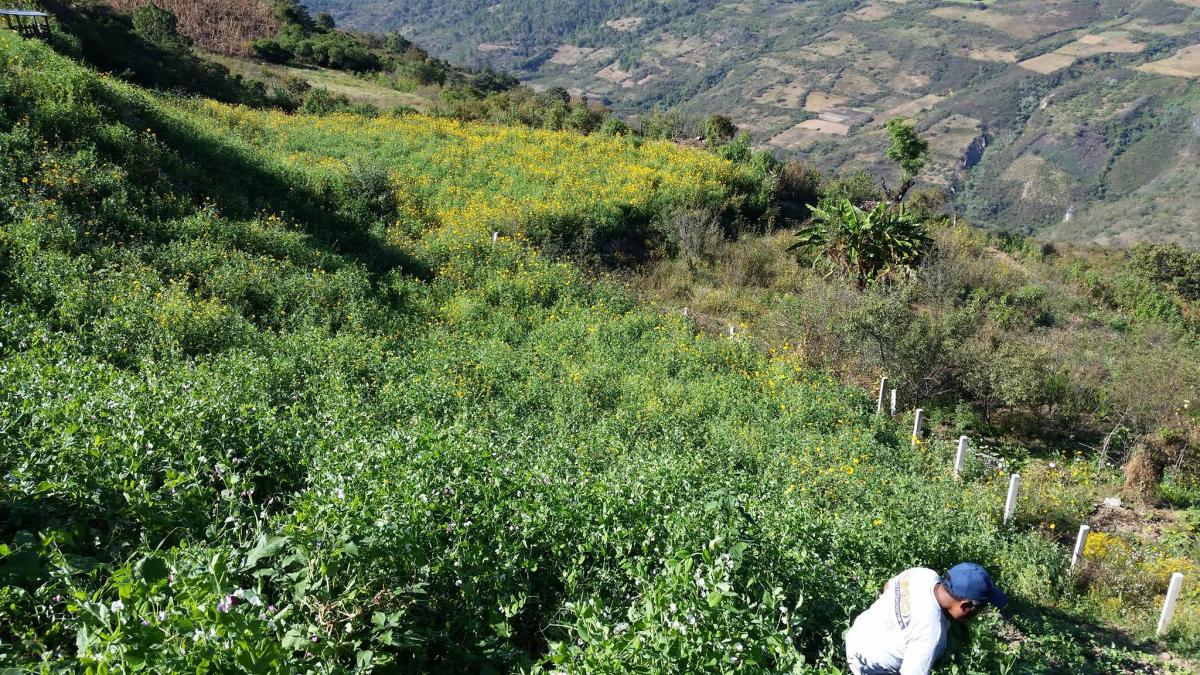 The centrality of field mustard in the diet of farmers living in the temperate highlands of Mexico was evident in my prior interviews in Tzotzil, Tzeltal, Rarámuri, Nahua, Hñähñu, Mestizo, and Zapotec communities and I found the same prominence this summer in other communities. In the Rarámuri community of Norogachi, mekuaseri (field mustard) seeds are collected and sown in small parcels for home consumption. Many people commented that mekuaseri "does not tire," and the greens are reliable when other food is scarce. Similarly, In the Tetjo Naa Jñatjo community of Rioyos in Mexico State many commented that mubu (field mustard) was their favorite vegetable. During my interviews it became apparent that people cherish this plant: their eyes brighten when you mention it and many look into the distance as they fantasize aloud about their favorite preparation.

Field mustard consumption seems to be declining in many Rarámuri and Tetjo Naa Jñatjo communities due to seasonal economic migration, availability of junk food, and industrialization of agriculture.  In both areas, elders commented that young people don't like the taste and see it as rustic. In the Tetjo Naa Jñatjo communities, many men do construction work in Mexico City during the week and have only the weekend to tend their cornfields. As a result most have begun to save time by applying herbicides, making it difficult to spare edible weeds. In some Rarámuri communities, the commercial apple harvest conflicts with the cultivation of field mustard, resulting in abandonment of the tradition. Furthermore, the Mexican government's designation of field mustard as a noxious invasive weed could lead to indiscriminant removal if continues to cause trouble for large-scale farmers.

While visiting communities I was also able to collect seed from 14 populations of weedy and managed field mustard to investigate whether local management techniques have resulted in selection for certain traits. This research continues the work of Daniel Gade in 1972 and Robert Bye in 1979 on contemporary domestication of field mustard in Latin America, but with newly available genetic tools. If centuries of human management have resulted in subtly differentiated unique varieties of field mustard, these represent a biocultural heritage that should be recognized and protected. 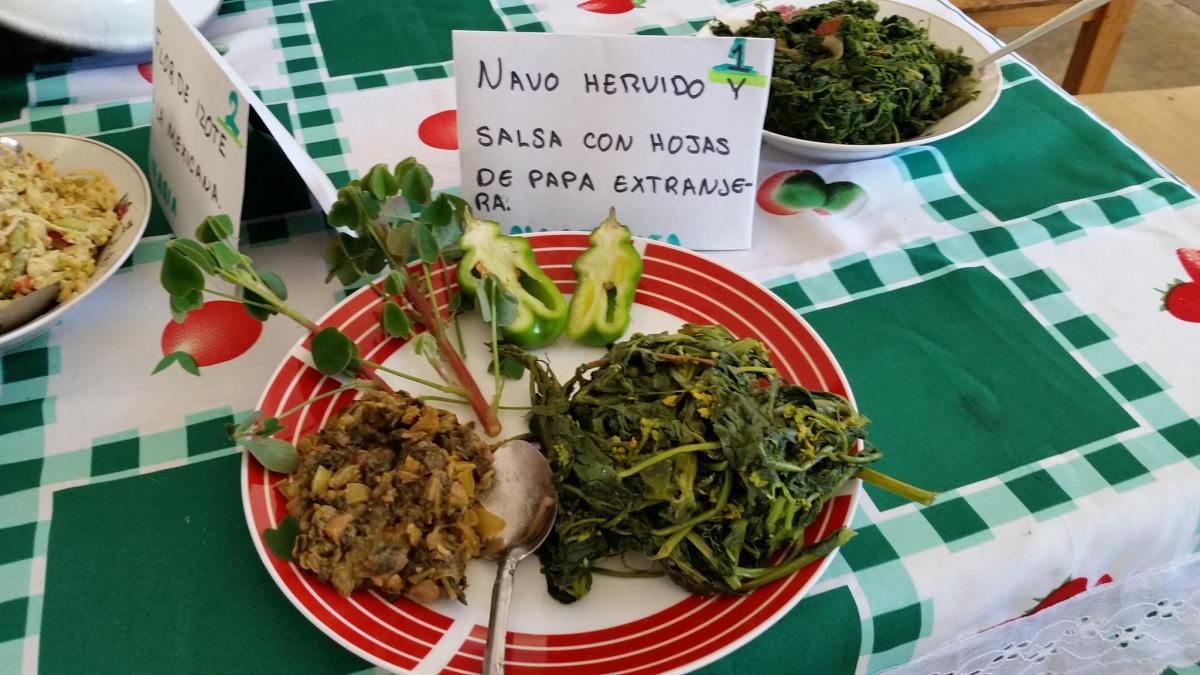 The generous fellowship of the Society of Ethnobiology allowed me to meet farmers, eat greens, return findings to communities, and  wrap-up my dissertation fieldwork. I am grateful for the support!