Starting in 2015, the Society of Ethnobiology began supporting three graduate research fellowships. This series includes short essays profiling the research by each of the fellows during the year that they received funding. 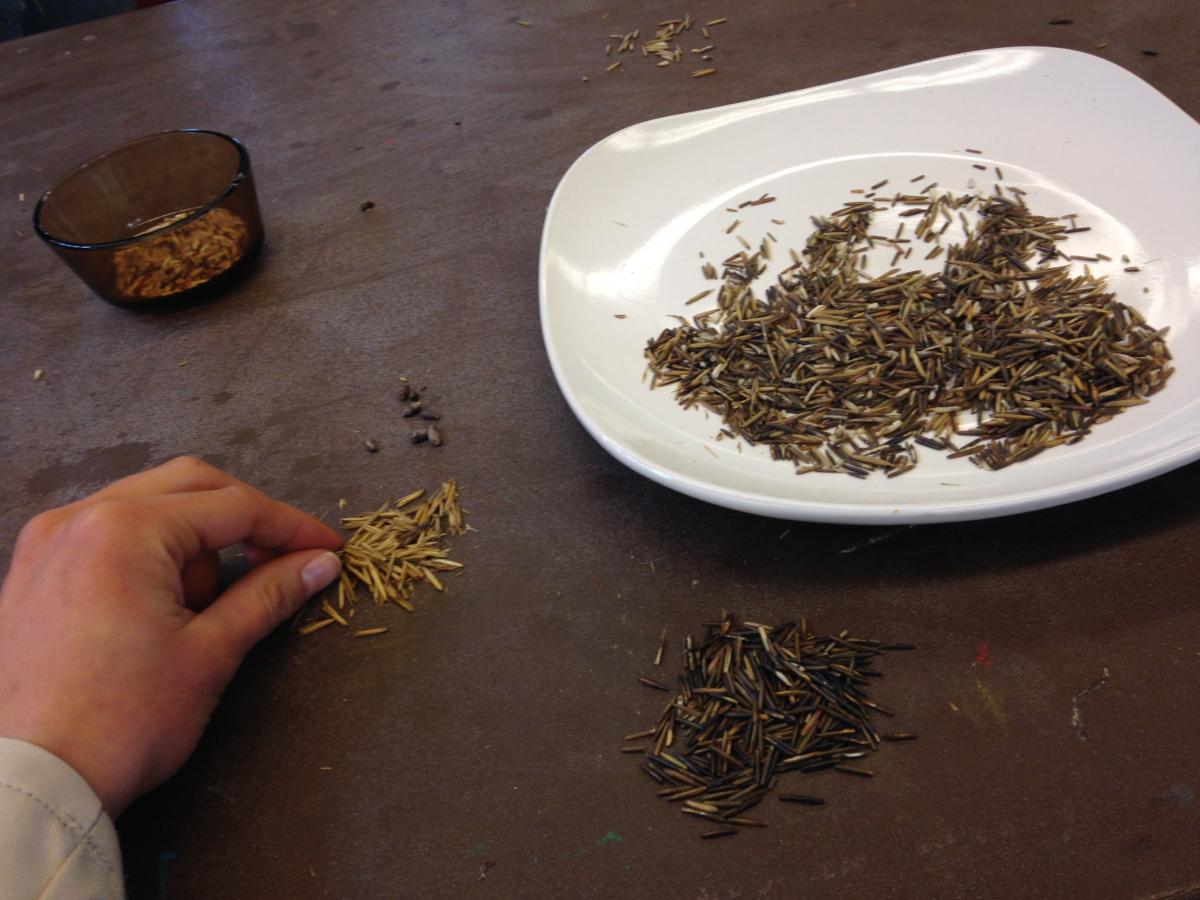 The Indigenous Ethnobiologist Fellowship had a significant effect on my future dissertation research. As a result of receiving this award, I was able to travel to my tribal community in southwestern Michigan in order to conduct preliminary ethnographic research with artisans and natural resource management professionals to discuss environmental issues affecting tribes as well as the role of traditional knowledge in addressing these issues. During my study in the month of October 2015 I conducted ten recorded interviews with six Pokagon Potawatomi tribal members, one non-Pokagon tribal member, two non-tribal members who were employed for the Pokagon Band as well one non-tribal member from the Great Lakes Lifeways institute who works in natural resource management and with Great Lakes tribal communities in capacities ranging from traditional foods to artisanship. I was also able to attend Pokagon language class where traditional knowledge systems is a central topic. The Department of Natural recourses also guided me through various parts of Pokagon trust lands such as Rodger’s Lake, Dowagiac River, and Gage Street Lake where I took pictures and made observations of evidence of emerald ash borer spread and issues affecting water more generally.

During my research visit I traveled to Grand Rapids, MI and visited the Goodwillie Environmental School. While there I interviewed a representative from the Great Lakes Lifeways Institute. In partnership with the Institute, I was also able to interview a tribal member from Lac Vieux Desert Band of Lake Superior Chippewa Indians who is an expert in wild rice production and the Rice Chief for his community. Additionally, I conducted interviews in my own tribal community with professionals from both the Department of Natural Resources as well as the Department of Language and Culture. While I originally intended on centering much of research on the spread of the invasive species, the emerald ash borer, on tribal lands, I was surprised to learn that this was one of many invasive species that tribes in the Great Lakes must contend with such as swans which have an adverse effect on indigenous waterfowl. I also learned of the multiplicity of other tribally-based natural resource management initiatives taking place in the Great Lakes region. For instance, what seemed to be more important and pressing to tribal members with whom I spoke were tribally based natural resource management initiatives such as the re-meandering of rivers and streams in the area as well as the role of traditional ecological knowledge in mitigating the environmental issues that standard practices could not address. At the center of these discussions was wild rice production in terms of both environmental and corporeal health. 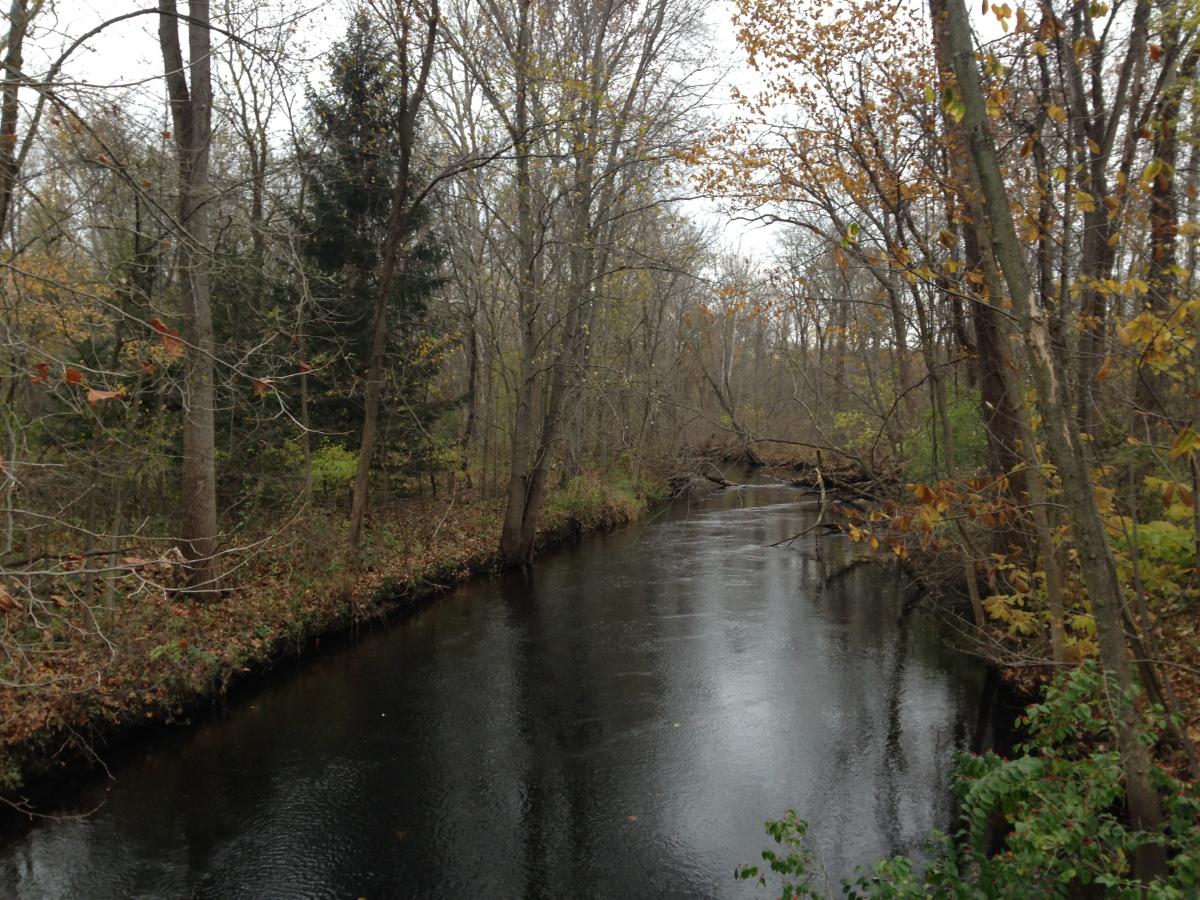 For instance by conducting preliminary dissertation research I learned that in the early part of the twentieth century American settlers participated in various terra forming practices such as straightening out the rivers and streams for aesthetic purposes. This had severe adverse effects to riverine habitats and significantly degraded biodiversity in the area. These practices later became beneficial to capitalism as loggers sent their products barreling down the straightened waterways. However, it also destroyed what little wild rice paddies remained intact in the area--an important resource for tribal communities in the Great Lakes area since time immemorial. However, tribally-based environmental projects such as re-meadering and the planting of wild rice in areas which have not supported this resource in decades, have coalesced in a newly realized Anishinaabe ecology ethics. 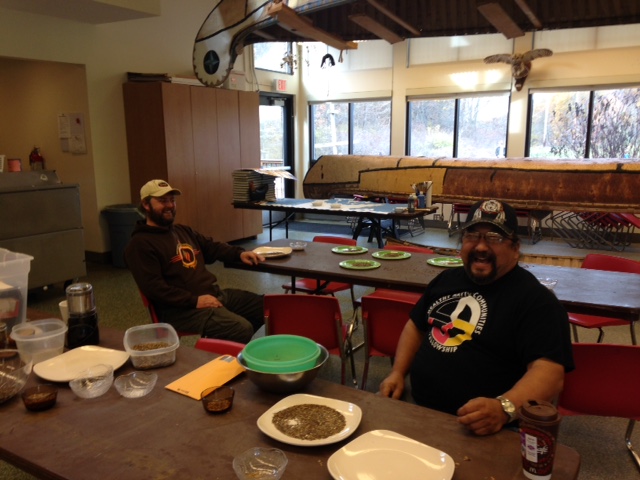 At the conclusion of my visit my findings altered my research focus toward the emerging importance of water, other tribally-based natural resource management initiatives such as re-meadering and the relationship between traditional foods like wild rice and the health of the larger Native community in the Great Lakes. As I continue transcribing my interviews and conducting follow-up interviews, I hope to organize my findings in an article to be considered for publication in the Journal of Ethnobiology in early 2016. 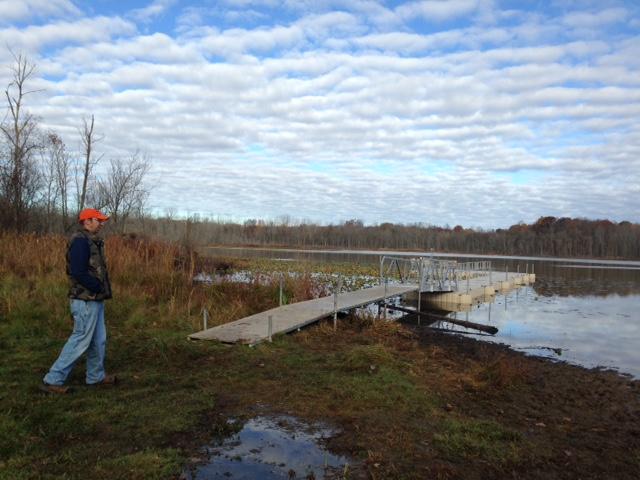