Starting in 2015, the Society of Ethnobiology began supporting three graduate research fellowships. This series includes short essays profiling the research by each of the fellows during the year that they received funding 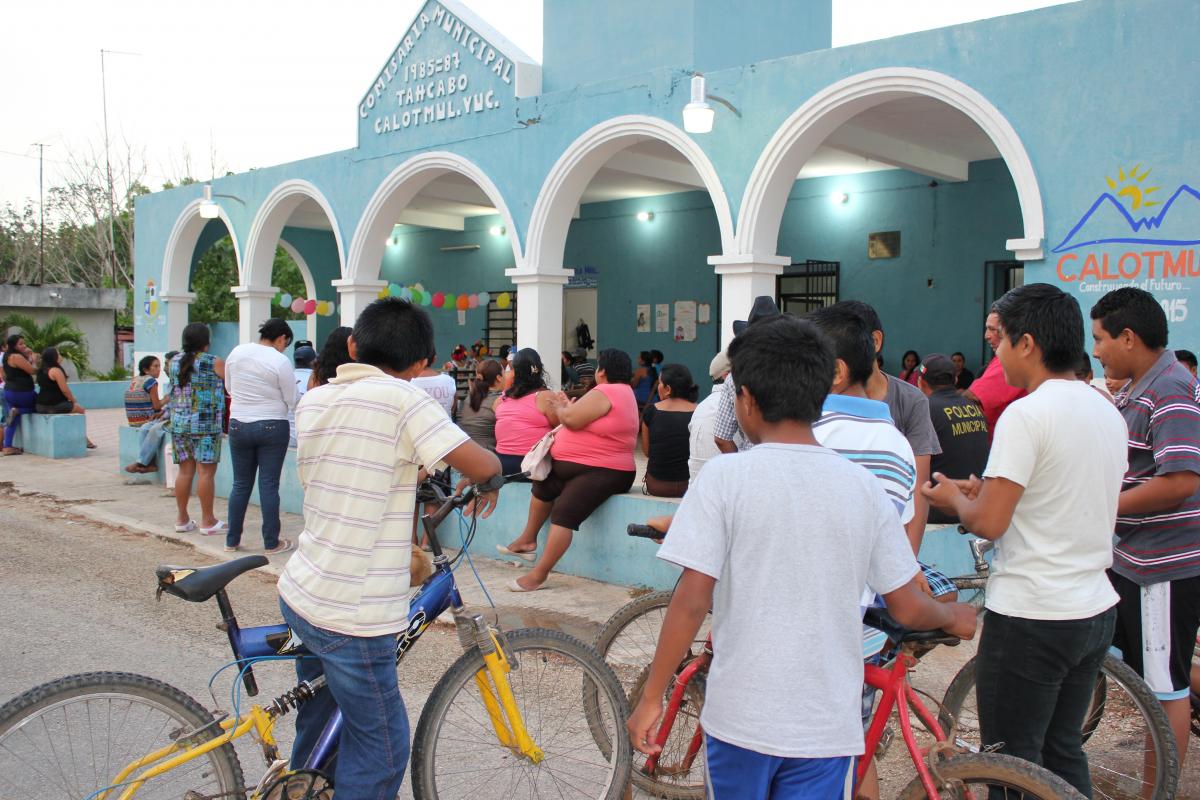 The research that I conducted thanks to funding from the Ecological Knowledge Research Fellowship improved my understanding of gardening practices in Yucatán, Mexico, and also helped me to build relationships in the community of Tahcabo, where I am conducting my dissertation research in the field of archaeology. Thanks to the fellowship, I had the opportunity to work with a fantastic undergraduate student named Miguel Kanxoc from the Universidad de Oriente located in Valladolid, Yucatán. Using an informed consent process and an Institutional Review Board (IRB) waiver from the University of North Carolina at Chapel Hill, we conducted fourteen interviews in both Spanish and Yucatec Maya languages. At this time there are not IRBs that govern social science research in Mexico like those that exist in the United States, so I trained my assistant in adherence to international ethical standards as well as interview analysis methods. Miguel taught me about Mexican research ethics and especially local standards of courtesy and respect. He also translated the interview consent documents into Yucatec Maya, and several participants were excited to see their native language in written form.

The goal of the interviews was to better understand the use of rejolladas in Tahcabo. Rejolladas are solution sinkholes that form in the limestone bedrock of Yucatán, particularly in the northeastern part of the peninsula. It is understood that they are particularly prevalent in this area because of underground rivers that run through faults caused by the impact of the Chicxulub crater in western Yucatán some 65 million years ago. Rejolladas in this area are often 60-100 m across and several meters deep, and are valued for plant cultivation due to their deep and moist soils. Apart from receiving more humidity from the air, rejollada soils receive moisture through capillary action from the water table below. They were likely the only place where cacao could have grown in Yucatán, which made them particularly valuable during the Late Classic period (ca. 600-900 CE), when populations boomed in the region, and cacao appeared frequently in regional art and iconography. The interviews we conducted will eventually help to inform the next stage of my dissertation research, during which I will excavate within rejolladas and residential areas to determine how foodways changed in Tahcabo from the Late Classic through Colonial periods (ca. 600-1800 CE). 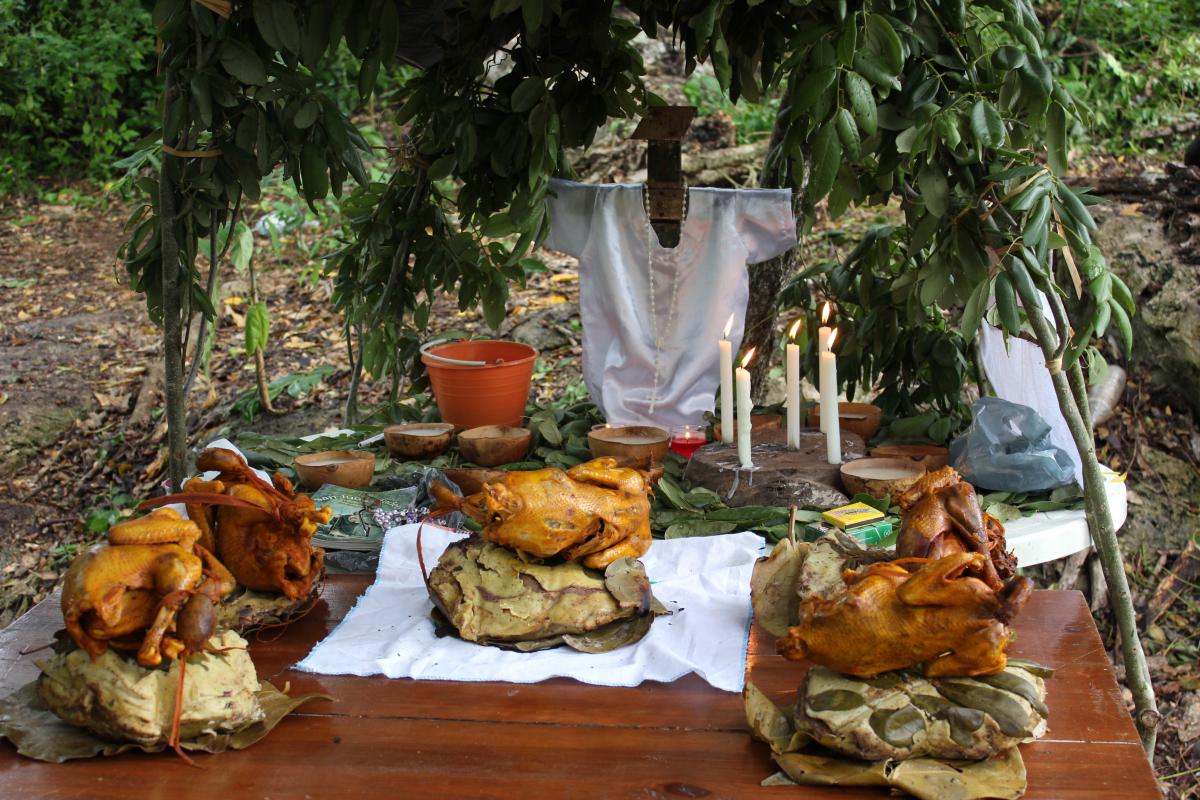 For this interview project, we wanted to understand how people locally perceive rejollada characteristics, how they are inherited, what plants people choose to grow within them and why, how they are maintained, how they may have been used historically, and how they are used for activities other than gardening. In addition to the interviews, I worked with biologists from the herbarium at the Centro de Investigaciones Científicas de Yucatán (CICY), especially José Luis Tapia Muñoz, to collect representative herbarium specimens from four out of the five rejolladas located in town. Additional plant specimens, especially seeds, were collected for future comparative study with archaeobotanical remains.

Our research showed that local knowledge of rejollada characteristics closely mirrors scientific findings. People know that rejolladas have deep soils, moderate temperatures, and additional soil moisture, pointing out as well the differences between rejolladas and cultivation characteristics based on degrees of soil rockiness. They told us that most plants grow better in rejolladas than in surrounding soils. Banana plants can be especially advantageous to grow because the banana leaves are better protected from the wind and don’t break up as easily in rejolladas (see image with example of banana plants growing in a rejollada on the northeast side of town). People can then more readily use and sell the leaves for wrapping tamales. Root crops and trees are also known to grow particularly well in rejolladas. 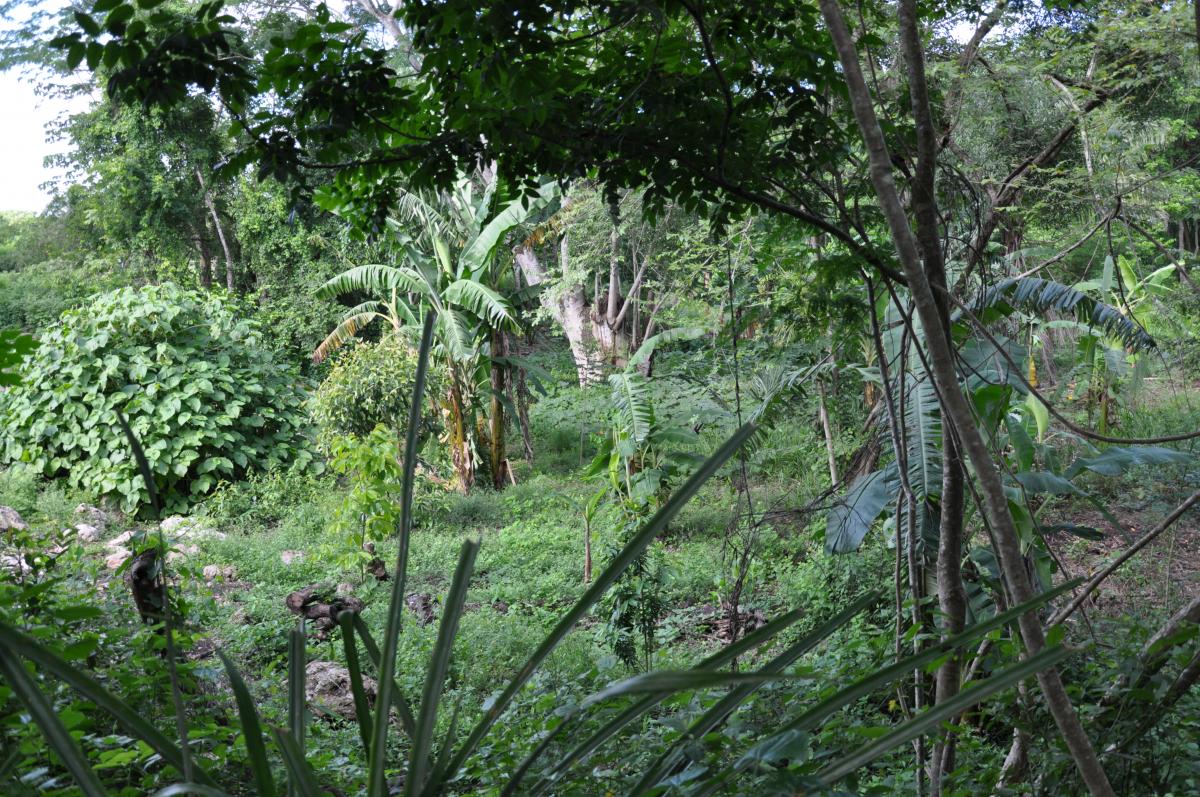 I was fascinated by the wide-ranging factors that people take into account when deciding what to grow in rejolladas. In these places where anything can grow, what is prioritized? Factors that people take into account include whether a family keeps animals, grows food to sell or to maintain the family, has the capacity to dedicate labor to gardening, or participates in government programs that promote certain agricultural practices. Other influences include both aesthetic and pragmatic preferences for plant diversity and the unexpected damage to plants that hurricanes can cause. I will be taking these varying factors into account as I strive to understand the decisions that people made about what to grow in the rejolladas of Tahcabo over the long-term. The interviews also provided me with information that will help me to better understand taphonomic processes at play within rejolladas when I excavate within them.

Probably because of their deep soils, rejolladas are also used as sites for the preparation of earth ovens, some of which are associated with rituals, including the Ch’a’ Cháak ceremony, held to ask for rain. One rejollada in particular is known for having hosted the community’s rain ceremony for generations, and we were able to document the ceremony that took place this August (image included). There is a rich body of oral traditions associated with rejolladas in Tahcabo. Various forest spirits, including the alux, balam, and yuum k’aax, are associated with rejolladas, which are also understood to have spirit owners, as do cenotes and caves. Some people offer first fruits and other food to these spirits so they will protect the crops. It had not occurred to me to ask about these elements of local rejollada understandings and significance. Luckily, Miguel provided me with feedback about how he thought the interviews could be deepened to explore local beliefs and helped to formulate related questions for the follow-up interviews we conducted, when we also returned to distribute gifts to interviewees to express our appreciation of their time and willingness to share information. 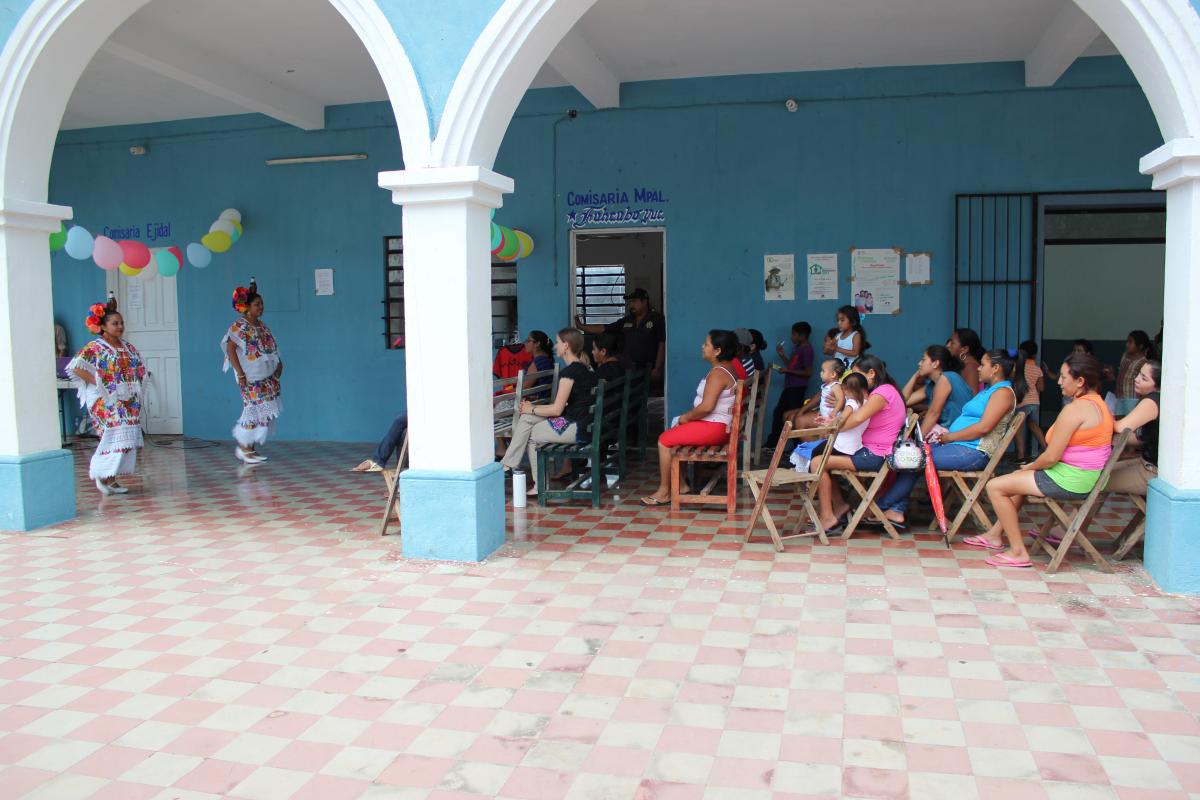 Initial results of the research have been presented at a community forum in Tahcabo during April of 2015 (images of the event, which included a presentation of regional dance, included here), as well as at the II Mesa Redonda del Mundo Mayab, a conference that was located in Mérida, Yucatán, during October of 2015 as part of the International Festival of Maya Culture (FICMAYA). In the future I plan to present the research at a conference in the United States and eventually to publish the results with Miguel as an article in the Journal of Ethnobiology.