Experiencing the Yaqui Cultural Center during the Ethnobiology Conference 2016

Experiencing the Yaqui Cultural Center during the Ethnobiology Conference 2016

The 2016 Ethnobiology Conference was just winding down with the banquet, held at the Carriage House in downtown Tucson, Arizona. Janos Wilder, our chef for the evening, cooked some really amazing food. The meal highlighted some native foods; Chef Janos gets many of the ingredients from local gardeners and farmers, some of whom get their supplies from the Native Seeds/SEARCH.

After the banquet, some friends and I joined other ethnobiologists, including Gary Nabhan, to go see a ceremony. We drove through Tucson for about 15 minutes, then arrived into a small neighborhood in north Tucson. We pulled over on the side of the road to park by several small houses; there was also a fenced off area with a lot of cars – an auto shop. I actually had no idea where we were. Then, a small white building caught my eye, which I recognized from somewhere that I couldn’t quite remember -
maybe from a photo. I realized that we were on the Yaqui reservation at the neighborhood center. I suddenly realized that one of my best friends, John, had recently been in this very place, and I had seen the building in one of his photos. John is of Yaqui descent. His grandmother lived in Tecate, Mexico and she was Yaqui. 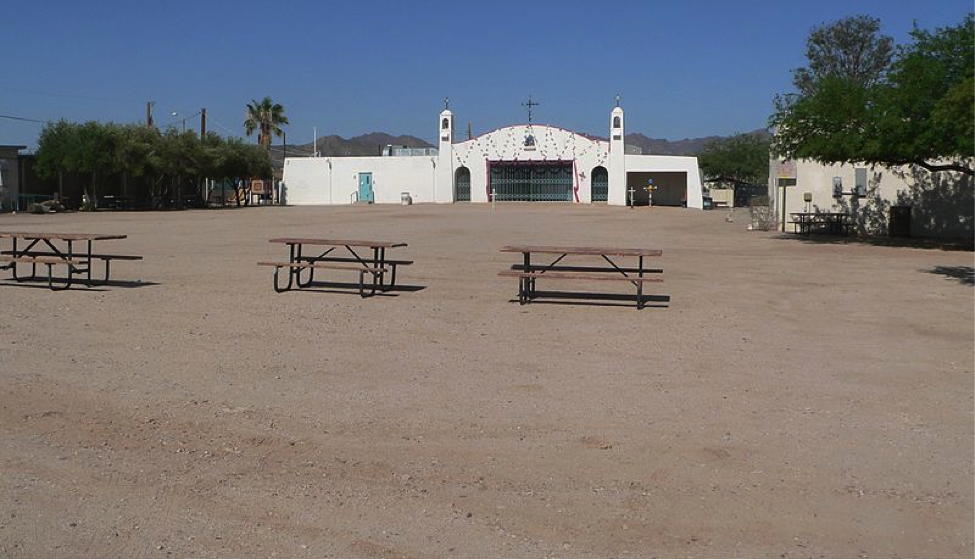 When we arrived, there were a lot of people standing and sitting around watching the large open plaza. Just as we crossed the plaza, a large group of people, both men and boys, all dressed up with masks, ceremonial clothing, and other adornments began walking in. There was music and movement, and everything was bustling. We were witnessing part of the lent and Easter ceremony. The Yaqui have several ceremonies and events on their lent schedule for the seven weeks leading up to Easter Sunday.

Good and evil are portrayed in the ceremony. I listened to the beat of the drum mixed with the sounds of hundreds of cocoon shells that many people were wearing on their garments. The music was entrancing and the ceremony was quite mesmerizing. 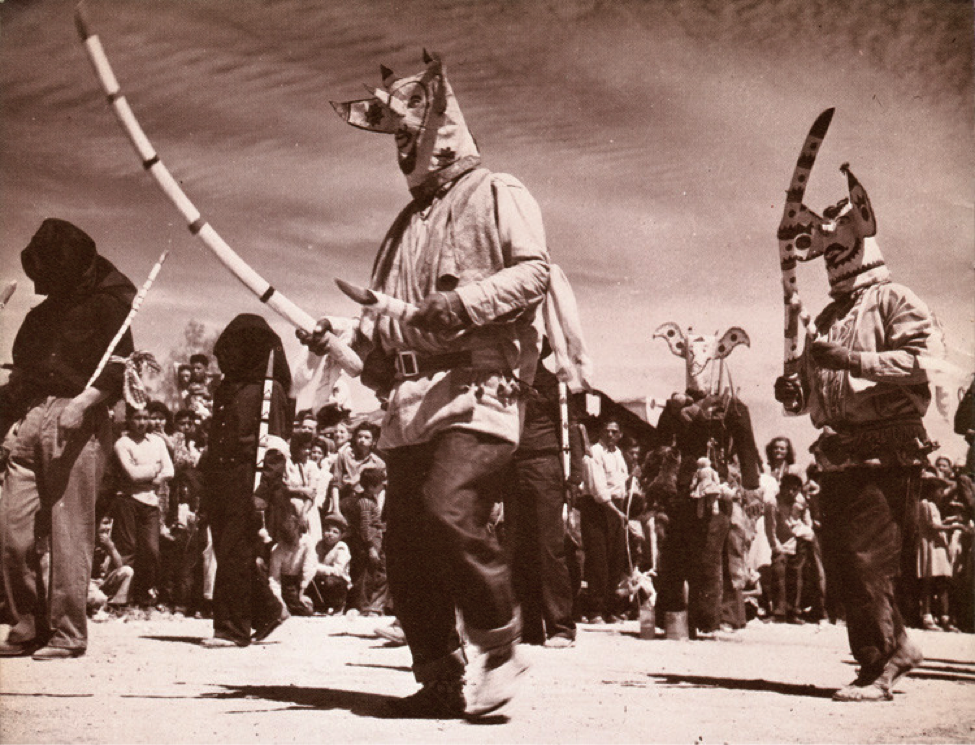 Easter ceremony in the Yaqui plaza. From Everyday Art, which was published by “The American Crayon Company—volume 47, Fall Issue 1968, "Easter at Pascua Village”." Image and description here.

While watching the ceremony, I began looking through my cultural lens. I went back to my childhood and thought of how I probably would have acted if I had to do something that required me pay to attention and stand up for a long period of time. When I was that age, I would probably have been fidgeting and wanting to run all over the place. I noticed that the younger kids in the ceremony did not seem to be bothered. They seemed perfectly content. Even if they were not, they did not give off the typical signs of being bored like flailing about or a letting out long sighs so that someone would notice their boredom.

I want to humbly thank the Pascua Yaqui Tribe for allowing visitors such as me to come to your land and view and experience a religious ceremony. So again I thank you for allowing me and our group to attend a small part of the ceremony and learn more about the Yaqui.