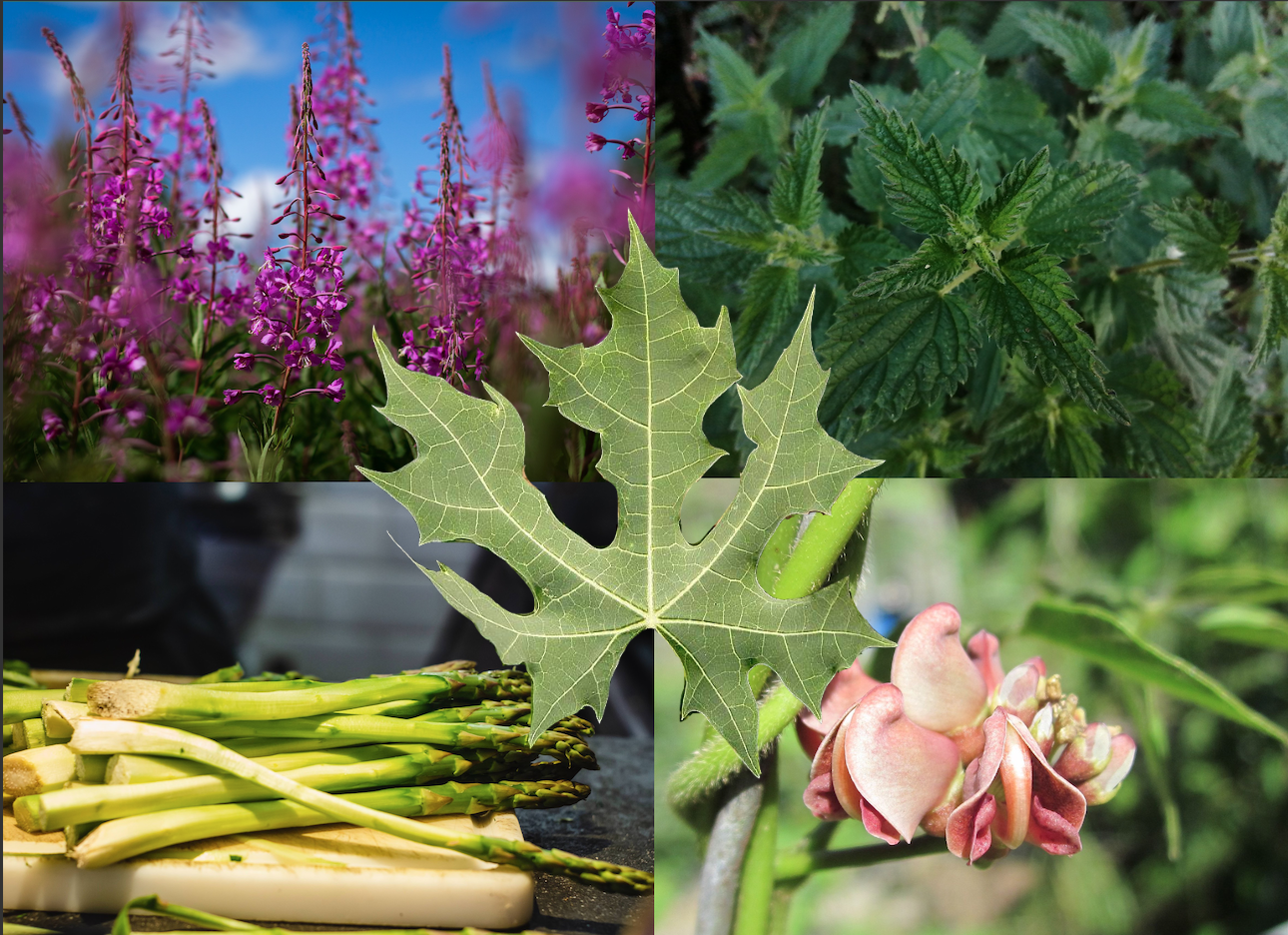 They say a little knowledge can go a long way in a survival situation. Personally, despite having a reasonable handle on outdoorsmanship, I reckon I probably wouldn’t last a week before looking at one of my own feet and wondering how best to cook it.

But I love thinking about this stuff and reading and learning, particularly about how our predecessors interacted with the land.

So whether you’re planning for the apocalypse, or hoping to do some foraging along the Appalachian trail, or just interested in how people have used plants over the centuries (and millennia), this should be a fun read! 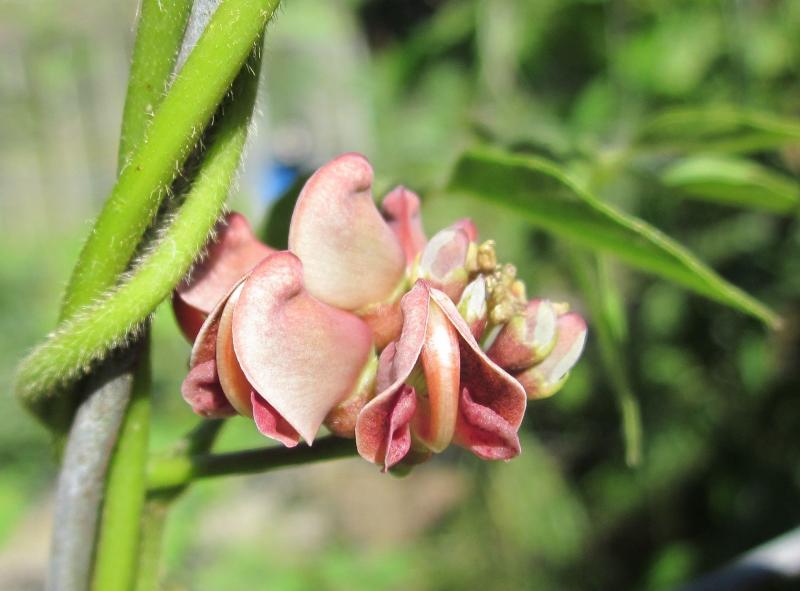 The potato bean plant is native to North America and grows in climates ranging from temperate to tropical. This legume grows in the New England region of the United States, but farmers in Asia, namely South Korea and Japan, have recently begun to farm the plant.

It’s believed that sailors brought the plant to Japan from North America, where farmers began commercially growing and cultivating the crop.

A major benefit of the potato bean tubers as a survival plant is that they are an excellent source of protein (the tubers contain nearly three times as much protein as a standard potato).

Indigenous Americans have used potato bean tubers and legumes for centuries and they were famously one of the plants they introduced to the Pilgrims. Dirk Scott from ForestInfo.org told me that “it’s highly likely the potato bean was the difference between life and death for the early settlers. But as time went on ‘Native American foods’ were increasingly rejected by the incomers and their benefits consigned to history”.

The potato bean grows best in moist areas. Early Massachusetts settlers found the plant growing near rivers and in thickets. The plant produces long vines that can grow up to ten feet and does best in partly sunny areas.

Harvesting and preparing potato bean plants are very easy to do since all parts of the plant are edible. Native Americans would grind the seeds and tubers into a powder to either eat or use as flour.

You can eat the seeds raw or cook them to your preference. The tubers are the most nutrient-rich part of the plant and the best-tasting. It’s best not to eat the tubers raw, so prepare them as you would a potato. 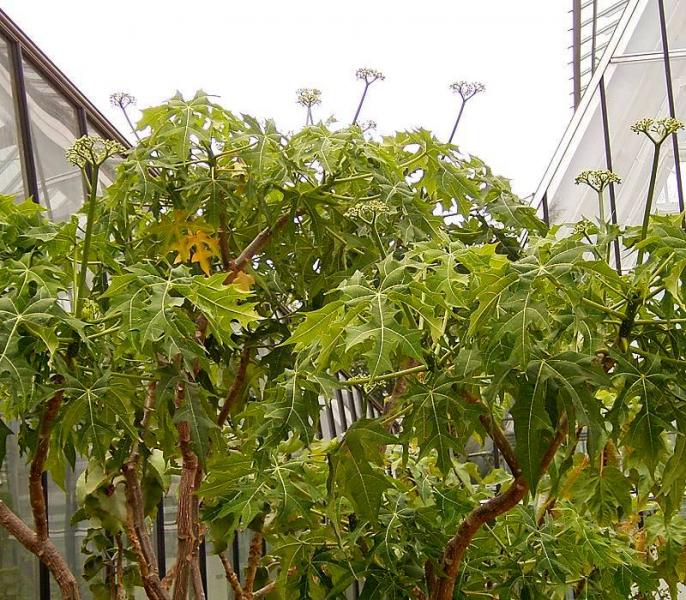 More commonly known as tree spinach, Chaya is a leafy green perennial shrub native to Mexico and the United States.

Chaya was first cultivated and used by natives in North and Central America. The plant also grows in tropical regions of the United States and South America.

Since the plant’s discovery, travelers and merchants have transported chaya to areas like Hawaii and Peru for cultivation.

Chaya leaves are nutritious and have been a favorite among Mexican natives for years. The plant has a high concentration of iron, similar to that of spinach. Chaya is also a good source of vitamin C, fiber, calcium, potassium, and carotene. Chaya leaves are toxic if not prepared correctly, so boiling the leaves is necessary.

Chaya is very easy to grow since it’s insect resistant and tolerant of a wide range of climates. The plant grows to be as tall as 20 feet and can withstand both heavy rain and drought conditions. Early Chaya growers found that the plant is easy to propagate by taking cuttings of the stem and transplanting them.

To ensure healthy plant growth, you should harvest chaya leaves every year. Chaya is similar to garden spinach, but you should avoid eating it raw. Early people learned the hard way that chaya leaves are toxic if not prepared correctly. Cooking the leaves for 20 minutes or more ensures that you will not be ingesting harmful levels of the plant’s toxins. 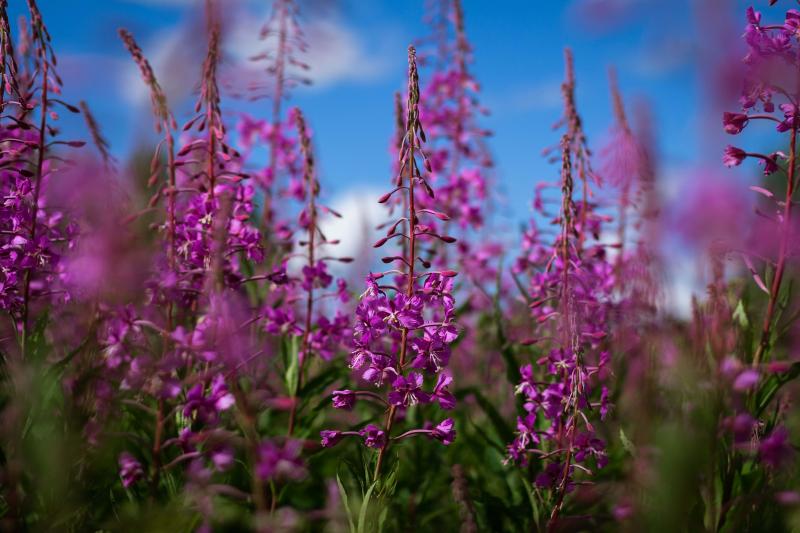 Fireweed is an herbaceous flowering plant in the willowherb family. It grows all over the world in temperate climates and is a beautiful and edible plant.

Fireweed grows all around the world and goes by many names. Fireweed is primarily found in temperate areas of North America and Europe. In Ireland and Britain, the plant goes by the name "rosebay willowherb," while Canadians refer to fireweed as "great willowherb." It’s even known as bombherb in the United Kingdom.

Fireweed has rich nutritional value. In one serving, fireweed provides almost half of your daily recommended value of calcium and fiber.

Many early peoples consider the plant to be medicinal as well. When eaten raw or prepared in teas or tinctures, fireweed is thought to have anti-inflammatory and pain-relieving properties.

Fireweed grows strong and abundant in slightly acidic pastures and fields. Fireweed is often used as a pioneer plant after an area has experienced fire damage. In fact, during World War II, many people referred to the plant as “bombweed” because of how quickly it grew in bomb craters.

Fireweed is hearty and tolerates almost any condition, which is why it’s found all over North America and Europe. 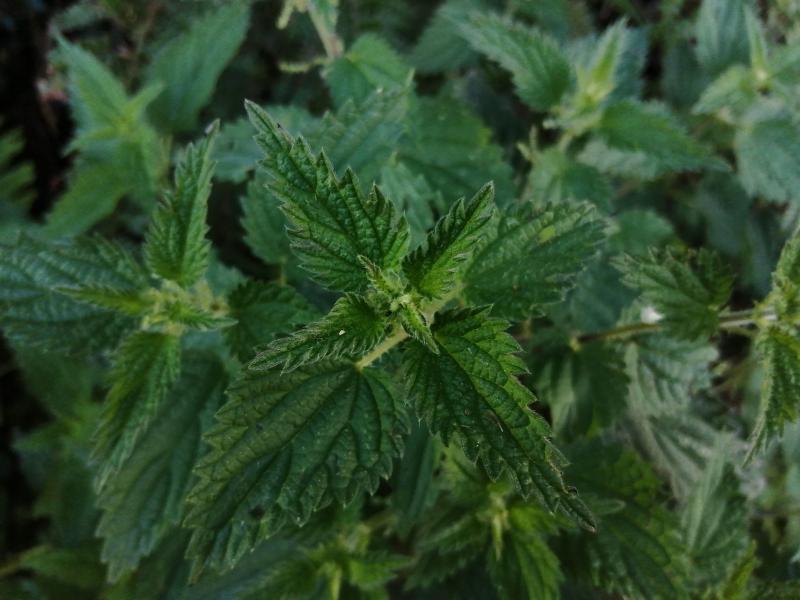 When cooked, stinging nettle has high nutritional content. In one serving, stinging nettle provides nearly half of the daily recommended value of calcium, and it provides a large percentage of your daily intake of fiber and magnesium.

While the plant is edible once prepared, it’s known for its medicinal properties. Stinging nettle is a popular anti-inflammatory, and it has provided users with relief from ailments such as arthritis for centuries.

Stinging nettle most commonly grows in damp areas with lots of rainfall. It’s very tolerant of extreme conditions and grows all over the world, even in harsh climates. Stinging nettle thrives when the soil has high concentrations of nitrogen and phosphates.

Most species of stinging nettle have hair-like fibers on the leaves that sting you when you grab them. For this reason, most people for centuries have avoided consuming the plant and rather prepare it in teas and tinctures. Kevin Espiritu of Epic Gardening recommends harvesting them in spring and selecting plants that are less than 2’ tall. 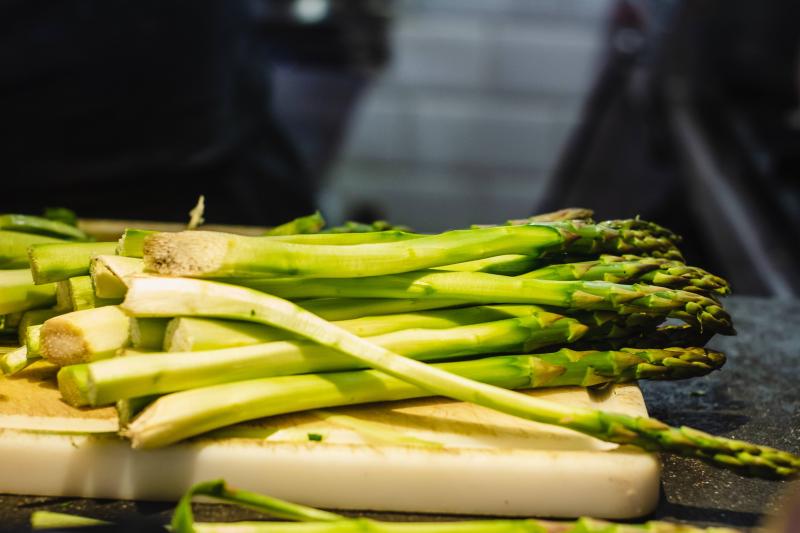 Wild asparagus is a great source of many nutrients, including folate, vitamin C, vitamin A, potassium, and vitamin K. Its high nutritional value has given it a reputation over the centuries for improving eye health, skin health, skin appearance, and decreasing the risk of heart disease.

Wild asparagus today thrives in the same conditions as it did back in the 1600s. You can find wild asparagus growing anywhere in North America and Europe since it thrives in moist soil and temperate climates.

Wild asparagus will only grow with full sun exposure, which is why it’s commonly found in fields and prairies.

Because wild asparagus is the same plant as domestic asparagus that you can purchase from the grocery store, it’s easy to harvest and prepare. It’s best to harvest the plant while it’s young to get the best taste. You can cook it to your liking, or you can eat it raw.